Aces are a square. The all-female alternative pop band was founded during their teenage years in Provo, Utah, and is made up of two sisters and their childhood best friends: vocalist and guitarist Cristal Ramirez, drummer Alisa Ramirez, guitarist Katie Henderson and bassist McKenna Petty. Now in their 20s, they’ve released an EP and two full albums, toured with artists like 5 Seconds of Summer and COIN, sold out their US headlining tour, and even caught the attention of Machine. Gun Kelly while performing their very first set at Bonnaroo Music and Arts Festival 2022.

“I feel like we get a lot of questions like ‘How do you get along so well? The girls are always fighting. We always respond to that, like, ‘No, we actually know each other.’ We’re connected, we have really good communication skills,” McKenna said of being in a band with her best friends. Katie echoes her sentiment, saying their unique experiences building The Aces from from scratch were really special: “Everything we’ve done, we’ve done together. Few people have relationships like this, we are bonded for life. “

I caught up with the ~girlies~ on a Zoom call, where we gushed to music from one of my ultimate comfort movies, terrible friday (2003), as their new single gives Pink Slip some serious vibes (“The Freaky Friday soundtrack actually slams,” Katie says). We also discussed the inspiration behind The Aces’ new album, providing safe spaces for young queers through their music, and their upcoming tour with their good friends, Why Don’t We.

The quartet ushered in their new musical era with a nostalgic nod to pop-punk, “Girls Make Me Wanna Die,” on June 8. The song, which began simply as a guitar riff that the Ramirez sisters were “obsessed with”, took on a life of its own as it reflected the group’s early romantic experiences.

“Three out of four of us are gay, so it’s an even more complicated experience to fall in love and have a crush, but not be able to express it,” Cristal said. Seventeen. “There’s a lot of inner dialogue that’s going on, like reviewing any little movement. There’s all of these really subtle things that happen when you’re a teenager and you first fall in love and that you find out who you are. When you’re that age and you go through all of this, you just feel like you’re on fire all the time.”

While their first two albums helped solidify the signature Aces sound we already know and love, Cristal refers to the band’s upcoming project as the “mature, polished version” of what they used to play. in their parents’ basement. Alisa notes that it’s sonically reminiscent of their roots with influences from the 1980s shoegaze genre. i.e. making garage rock band music,” says Alisa. “The main motive was that we just wanted to create for the sake of creating and let whatever we wanted out of it.”

The new track arrived just in time for Pride, as the band performed at various festivals around the country throughout June. “Just performing ‘Girls Make Me Wanna Die’ live for the last two shows has been amazing,” Katie said. “There’s just an energy in the new music and we can’t wait to play the rest. It’s made for playing live.”

Aces’ Pride sets took place in cities like West Hollywood, Chicago and Indianapolis, where Alisa says the girls performed their “most gay songs up and down” and even brought back fan favorites, like “Lovin’ Is Bible” from their 2018 album When my heart felt volcanic. “We were like, blown away by the crowd reaction because we hadn’t played that song live in years. We forgot how jumpy it was,” Alisa said. Seventeen. 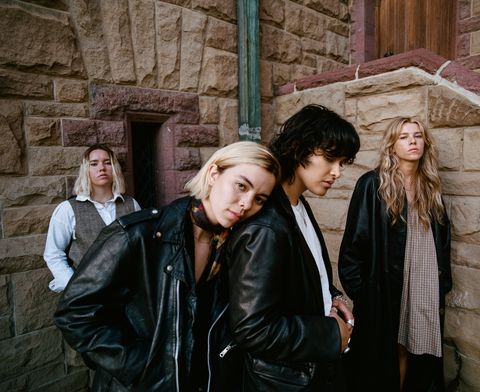 From left to right: Katie Henderson, Cristal Ramirez, Alisa Ramirez and McKenna Petty of The Aces. 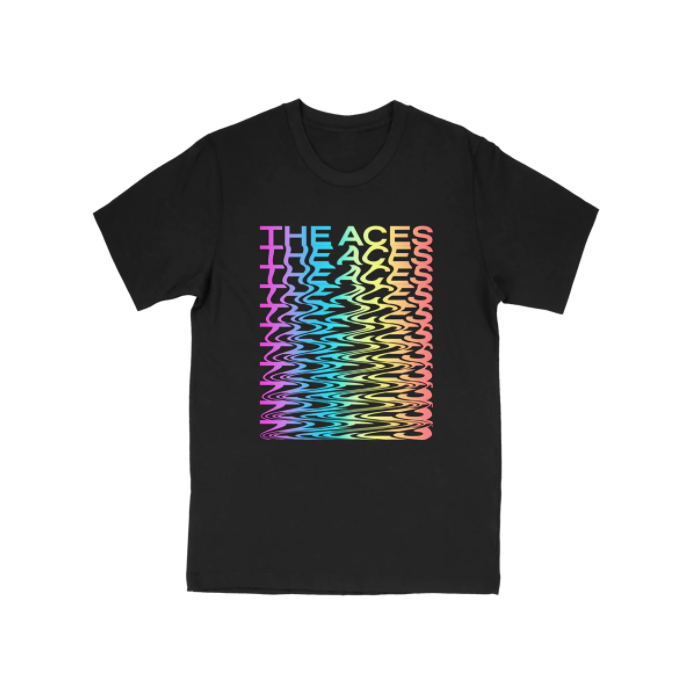 The music of the Aces – in particular their second album, under my influence – is full of relatable songs about the roller coaster of emotions that come with relationships. Cristal admits the band has always sought to embrace their homosexuality by using his pronouns in their lyrics. “Young people need [music that is explicitly queer] — they don’t need gray areas. They need people to be proud. Being proud saves people’s lives,” says Cristal, crediting artists like Tegan and Sara for providing the same safe space The Aces gave to Gen Z.

The quartet are also looking forward to expanding their fan base when they open for boy band Why Don’t We on tour this summer. The opportunity to hit the road with the boys came with an occasional DM from Why Don’t We’s Jonah Marais, who happens to be good friends with The Aces.

“I think bands like Why Don’t We and 5SOS have fanbases that are diverse, really cool young women. Young girls literally run the music industry. They’re the most powerful people in entertainment. and what young girls like sets the tone,” says Cristelle. “We are delighted to be ahead [Why Don’t We’s] fan base and hang out with them. They’ve been so nice to us and I think it’s going to be great.” 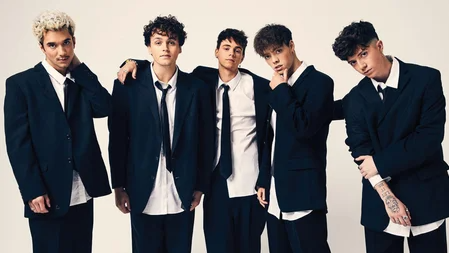 Tickets: Why Don’t We with The Aces and JVKE

The Aces have come a long way since growing up in Utah, and as they did with their music, they also thought about what advice they would give to themselves at 17. Naturally, they encouraged fans to “enjoy exploring” their identities (“Go kiss a girl!” exclaims Cristal jokingly), trust their instincts, and live in the moment. Yet Alisa sums it up best: “The sooner you stop caring about what people think, the happier you’ll be. Have fun and don’t stress, because everything works out.” 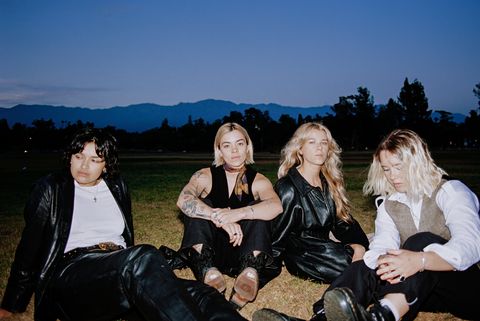 Parts of this interview have been edited and condensed for clarity.

Sam is Seventeen’s editorial assistant, covering pop culture, celebrity news, health and beauty. When she’s not blushing her cheeks, you can probably find her live-tweeting or doing SwiftToks.