“Reaffirmation” is the sound of a San Francisco ballroom in 1968. The 12-minute long track mysteriously opens with what could be a Mellotron on the flute. A bubbling bass guitar arrives, accompanied by a jazzy piano. At 2:50 am, the tempo accelerates and the guitar, which until then has made its way delicately into the arrangement, begins to fly away. There’s a vaguely funky section, and a bit more halfway there is a dive into an almost free spiral section.

This is top notch psychedelia. Dungen passed through similar territory.

Parallels include debut album Steve Miller Band and Quicksilver Messenger Service. The group responsible for this incredible creation is Help Yourself. They were British and “Reaffirmation” appears on their second album, 1972’s Watch out for the shade. And instead of an atmosphere of peace and love, something else seems to be happening. The second line of the lyrics is “all they serve you is crap”. The theme of the song seems to deal with a depression that is never far away.

Watch out for the shade is the third of four Help Yourself albums (the last was a double). All are collected on By the way: full studio recordings, a six-record clamshell box that adds their then unreleased fifth album, an unreleased 1976 set by band mainstay Malcolm Morley and bonus tracks from compilations, singles, BBC sessions and singles as well as of a strange demo. That’s a lot of Help Yourself, but as the extraordinary “Reaffirmation” attests, it’s a group worth digging into. Indeed, elsewhere on Watch out for the shade are the eccentric “Molly Bake Bean” (Syd Barrett if he was in the country of origin) and “American Mother” (a little llke Little Feat, but very pop).

The main driving force behind Help Yourself was songwriter Malcolm Morley. The line-up for the debut album was: Morley (guitar, keyboards, vocals), Dave Charles (drums, percussion, vocals), Richard Treece (guitar, vocals, harmonica) and Ken Whaley (bass). They were directed by Dave Robinson (later of Stiff Records) and John Eichler (who then ran the Hope & Anchor pub). Brinsley Schwarz was also on the management team’s books. Help Yourself’s self-titled debut album arrived in 1971 and was followed by strange affair (1972), Watch out for the shade (1972) and the double set The return of Ken Whaley / Happy Days (1973). A fifth album began in August 1973 but the group ran out of steam and died around January 1974. There was a last concert in April 1974.

The impression from the essay in the box set libretto is that Morley, Charles and Treece were the nucleus of an otherwise unstable group. Bassist Ken Whaley came and went. Other musicians also: their roadie Sean Tyla (who would be in Ducks Deluxe), Man’s Deke Leonard and Ernie Graham of Eire Apparent have appeared. Help yourself to feel that they have become a short stopover for wandering musicians from outside the group. 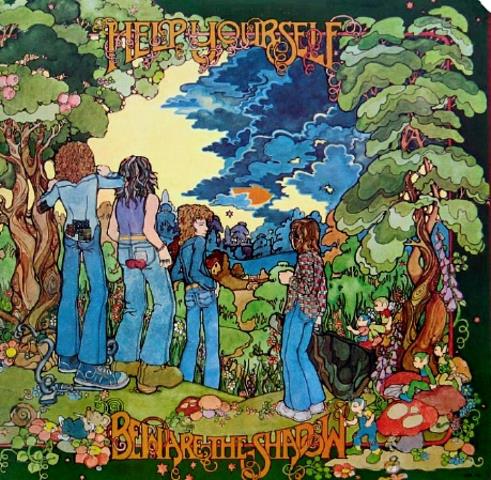 Likewise, it’s not easy to understand exactly what Help Yourself was musically. The first two albums are excellent and reflect an immersion in the Stephen Stills and Neil Young aspects of Crosby, Stills, Nash & Young. However, strange affair includes “clips from ‘The All Electric Fur Trapper’ (soundtrack of the novel’s film)”, which shows the way to Watch out for the shade‘s “Reaffirmation”.

Confirming the unpredictability of the group, the years 1973 Ken Whaley Returns was often very White album-esque. His offbeat accompanying album Happy Days captured the musical side of a show the band took to the road as a form of revue: performed, in costume, with additional members. There was also the strange 1972 Christmas single “Mommy Won’t be Home for Christmas”, which starred Neil Innes (it was written by Innes and Roger McGough). It becomes evident that Help Yourself followed its nose until the group disappeared. Yet the beautiful “Grace”, from the unfinished 1973 album, shows that there was business to be finished. The same goes for Malcolm Morley’s 1976 album. “Lost and Found”, which provides its title track, is a superb ballad à la Paul McCartney.

Sloting Help Yourself into any narrative of the pre-punk British musical landscape is impossible. They were more ambitious and ambitious than what is known as pub rock, even though their surrounding infrastructure was an integral part of pub rock. They lacked the accessible grounding and frankness of their management comrades Brinsley Schwarz. They weren’t monsters by different definitions of it: like their rough contemporaries Mighty Baby (or even The Pink Fairies) for example. The memories illustrated in of passage libretto shows that they performed regularly live – including with The Flamin ‘Groovies in 1972 – and were regulars on the college circuit. Who made up the Help Yourself audience? Obviously, they had one. Heard now, no matter how astray, they shine. By the way: full studio recordings is a highly commended tribute to what looks like a neglected – and idiosyncratic – group.